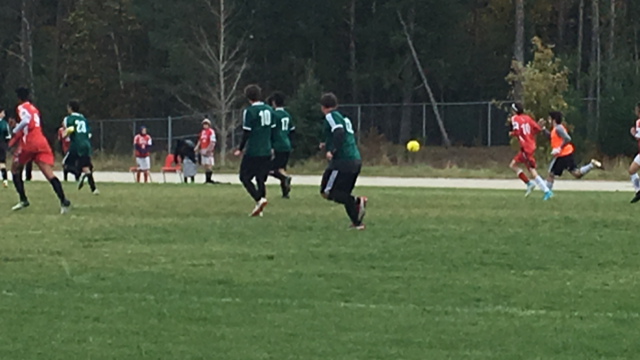 The NPSS Timberwolves were defeated by Patrick Fogarty in the GBSSA Semi-Final on Oct. 24th. The game ended in a tie after regulation play. Two overtime periods resulted in a continued tied game. A shootout was then used to break the tie and Patrick Fogarty prevailed 4-2. The loss ends the Timberwolves outstanding season. Patrick Fogarty will play next week in the GBSSA final against the MPS champion. The winner of that game will advance to the OFSAA championship tournament in the spring.

There are no upcoming events.